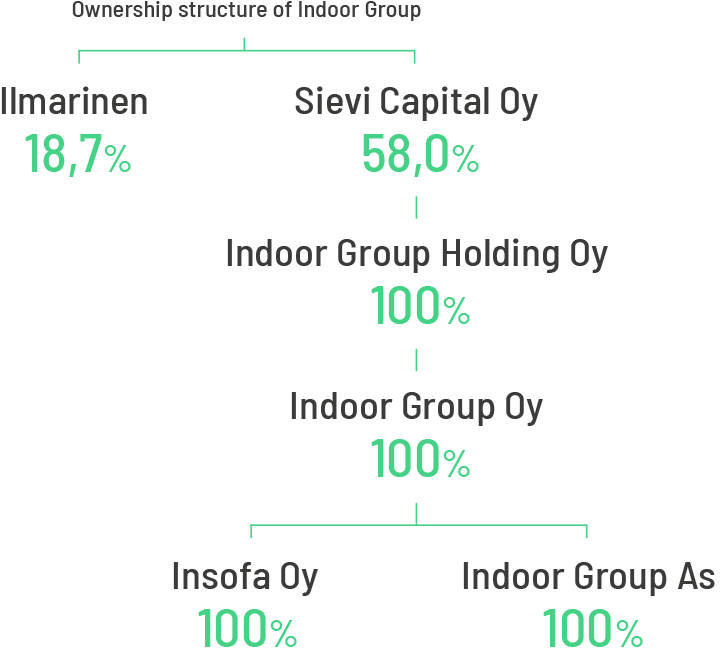 The main owner of Indoor Group is the Finnish private equity investor Sievi Capital Oyj. The other owners are Ilmarinen Mutual Pension Insurance Company and members of the Board of Directors, key management personnel, and individuals.

The current ownership structure was created in a business acquisition in 2017, when the entire share capital of the company was purchased from Kesko Group. In January 2005, Kesko had acquired the share capital of Indoor Group Oy from Sponsor Capital Oy.

Our web site uses cookies to improve user experience. By using the service, you agree to the use of cookies. Read more »